Echuca-based business Naughtons Pools & Spas has been recognised as a leader in its field by the pool industry’s peak state body.

In a major coup for the locally-owned and operated business, Naughtons won three major awards at the weekend’s highly coveted Swimming Pool and Spa Association of Victoria (SPASA) Gala Awards ceremony in Melbourne.

The pool, spa and landscape design business was awarded Best Residential Fibreglass Pool under $35,000 for a swimming pool in Echuca and Best Pool Display for its newly opened display centre in Shepparton.

Naughtons director Justin Hatfield said they were ecstatic to receive such strong endorsement by the pool industry’s highest ranked body.

Mr. Hatfield said the award success was proof that regionally-based businesses could match it with their metropolitan counterparts.

“We have a young and successful team at Naughtons who are passionate about what we do and where we live and it is terrific to see that shining through in our business,” he said.

“Installing a pool or spa involves many specialised trades and techniques, from engineering drawings to obtaining a permit, all of which need to be perfectly coordinated.

“The SPASA awards are weighted on these and many other aspects of the pool building and supply process and as a consequence are highly recognised awards in the industry.”

SPASA chief executive officer Brendan Watkins said the level of excellence demonstrated by the entries in the 2011 SPASA Awards of Excellence was ‘quite simply stunning’.

“SPASA members are the leading exponents within the Victorian pool and spa industry,” Mr. Watkins said.

The Awards of Excellence presentation event was held at ZINC, in Melbourne on Saturday night and was hosted by media personality and Olympian Nicole Livingstone. 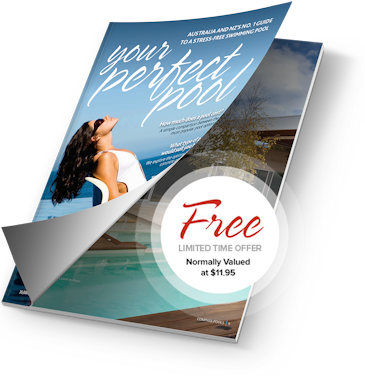